The True Spirit of Sportmanship! 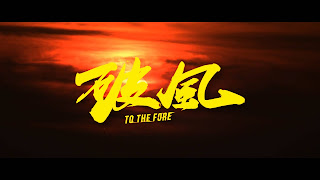 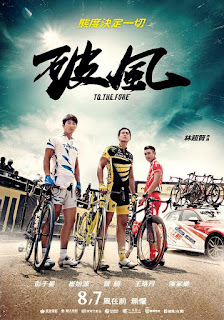 In Sports, we aimed in pursue
to WIN, to CHAMP and to be the BEST
Winning Ain't Everything,

But the TRUE SPIRIT in Sportsmanship are, to Respect, to have Dignity, to Honor, to Motivate, to be Determine, to Support, to have Team-Work, and most importantly to NEVER GIVE UP and finish the race, we will finish what we started.

Winning or losing is part of learning in it , if you win do not be proud and if you lose train harder and don't give up.
Your ATTITUDE determine your own course!
*Finally, I had a chance to sit down and finished the whole movie "破风 - To The Fore", that was showing on astro cable tv since the past couple of weeks.  I had watch this 2015 Hong Kong & Chinese movie 1 1/2 times and this is the second time that I watch the whole of it.  It's a good movie that depicts the character, attitude & team spirit of the professional cyclist athletes in pursuing their dreams of becoming the world best.  I know its just a show, but it brings out what sports is all about*﻿
破风 - To The Fore
The Trailer

This is a motivational clip of Derek Redmond (Britain's 400mtr sprint athlete), where he tore his hamstring during the 1992 Barcelona Olympic.
In sports as in life, we will be confronted with shit holes and tough conditions that will break us apart and stop us; but we don't stop and end it there, we continue our path ahead until the finishing line in strength and in determination, we finish strong.